I find the pattern design aspect of shmups to be their most pertinent quality and would like to have the player be the one making the patterns.

I am designing a two player competitive shump with some Dungeonland elements, where the Alien acts a card shuffling DM deciding what formations to send at the player while the Human is a classic shump fightercraft. The humans main objective is to get to the alien homeworld, and to do so they must survive the waves and by extension, kill the aliens. The Aliens on the other hand must destroy the playership by using waves funded by their score to slow down the player. I want to learn how to make sort of basic real time card game while designing more classical elements of a shump so as to create a fun for two people. I am currently trying to map out when the alien should be able to launch waves, how many, how fast, and how much they should cost versus how much they might gain if they get to the other side of the screen. Both players have three objectives, one which will win them the game, one which serves to disrupt the opponents, and one which serves to progress the other two.

Because of this I will be designing the alien ship actions based around serving one of their objectives or countering what the human currently is doing. For example, a group of fast moving but weak ships in line formation are unliking to do a lot of damage but are very likely to get a few past the player and thus recoup their cost. Or a flanking fleet that comes in from the left and right exploits the player’s inability to fire left or right potentially losing the player a life, but can never score points to refund it’s cost. A densely packed fleet descending from the center while not as damaging or worth as much as the other two can slow down the player’s ability to advance quickly.

Currently the narrative I have is a mock-sequel to space invaders where the Earth launched a counterattack to invade the alien homeworld after they lose the first invasion. The aliens have to reinforce and slow down the player. Because there are two “protagonists”, I want there to be less of a good and evil side, and more Ender’s Game xeno morality. 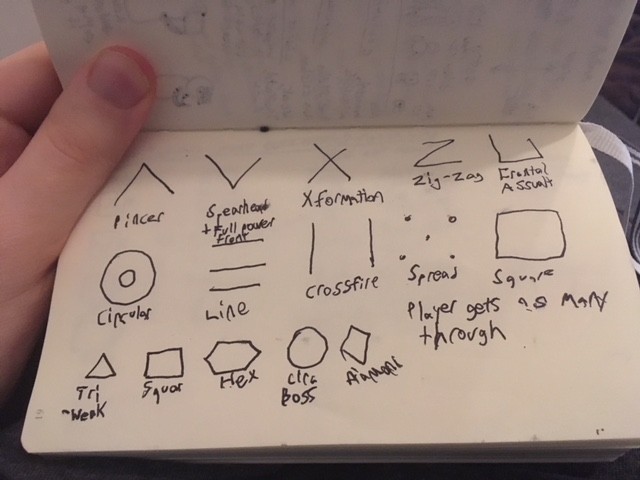 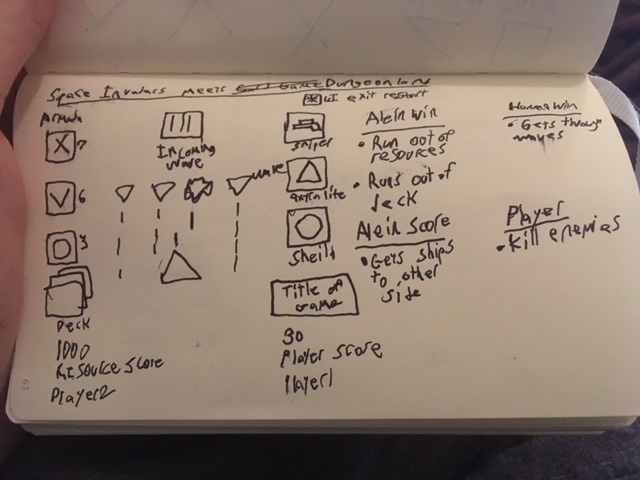 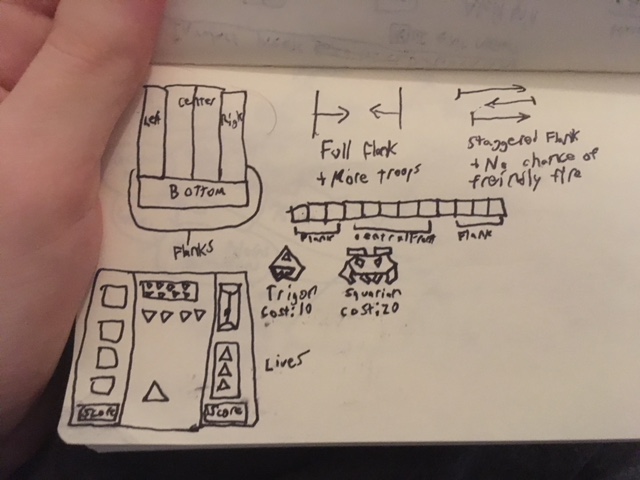 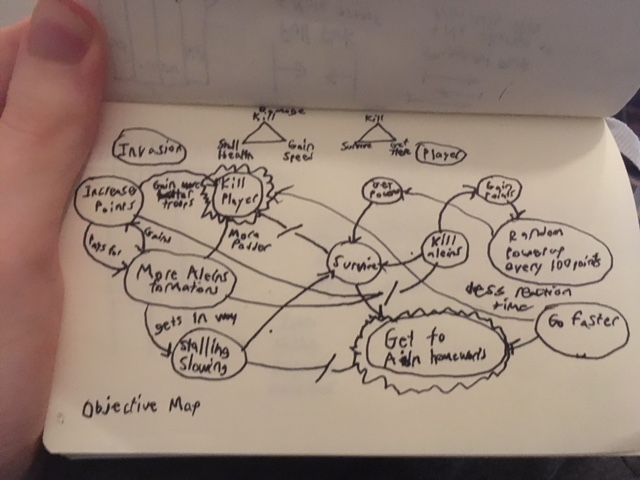 A mapping out of objectives for both side to understand the purpose of each action and how it helps themselves or hinders the other player.

Two player shmup where one plays as the enemy waves and the other the human sent to wipe them out!